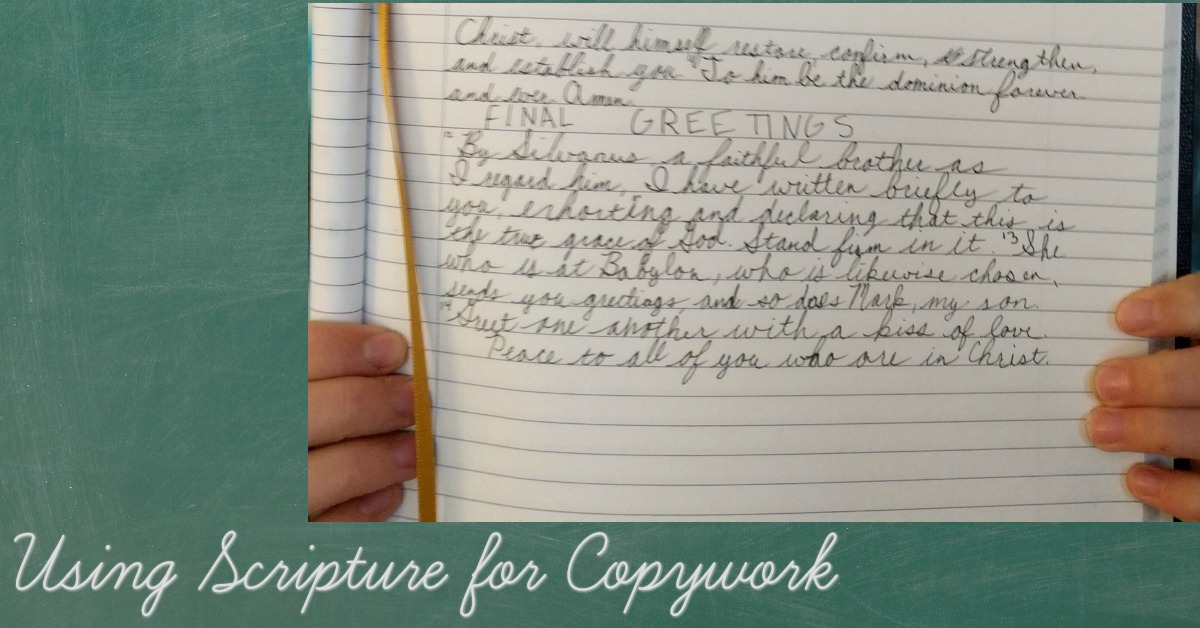 We’ve done a lot of copywork in our homeschool.

My kids all taught themselves how to print before I taught them to write, so we used Cursive First for our writing program. It corrected a lot of their printing issues, which was great.

They copied some random things until M-girl was third grade or so. That year I found a free pdf someone had put together of C.S. Lewis quotes and as we were doing Narnia for school, that was perfect. They had to do their very best for 5 minutes every day. Set the timer.

After our C.S. Lewis experience, I decided to do the Westminster Shorter Catechism which we were learning. I chose the book with the cursive that most looked like mine as a pdf and printed out three copies. They also had 5 minutes per day for this task. 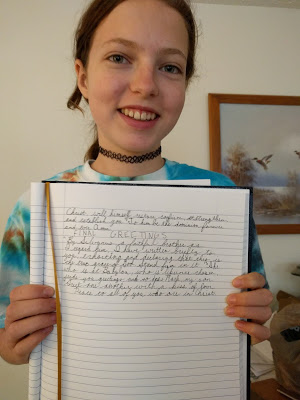 Once they had finished that, I set them to copying scripture.

I bought them their own notebook. I like this one because it has big pages, is not too thick, and lies flat. R-girl has more of a journal, and I notice that the binding is broken.

I purchased a fountain pen for each of them. Nothing fancy, disposable but with ink that can be replaced. Some of these have been better pens than others. But overall I’ve been pleased. I even have the set of colored pens for myself.

I allowed each child to choose what book of the Bible they wanted to copy. M-girl started with 1 Peter. N-boy chose to do the Psalms. R-girl wanted Esther.

I assigned 1 verse in their best handwriting per day. I don’t care how long it takes. They’re all old enough to sustain that amount of writing.

So, they copy a verse daily.

M-girl finished 1 Peter last November. She has since finished 2 Peter and is working on 1 John.

N-boy will never finish the Psalms. That’s why he chose it. That way he never has to choose again while he lives at home. He also thought it looked like it had short verses. You, know.

Today, R-girl finished copying Esther. She chose Esther because she loves the story. She loves the story because of a book her Grammy had given her. She says she’s going to do Jude next. Because it’s short. 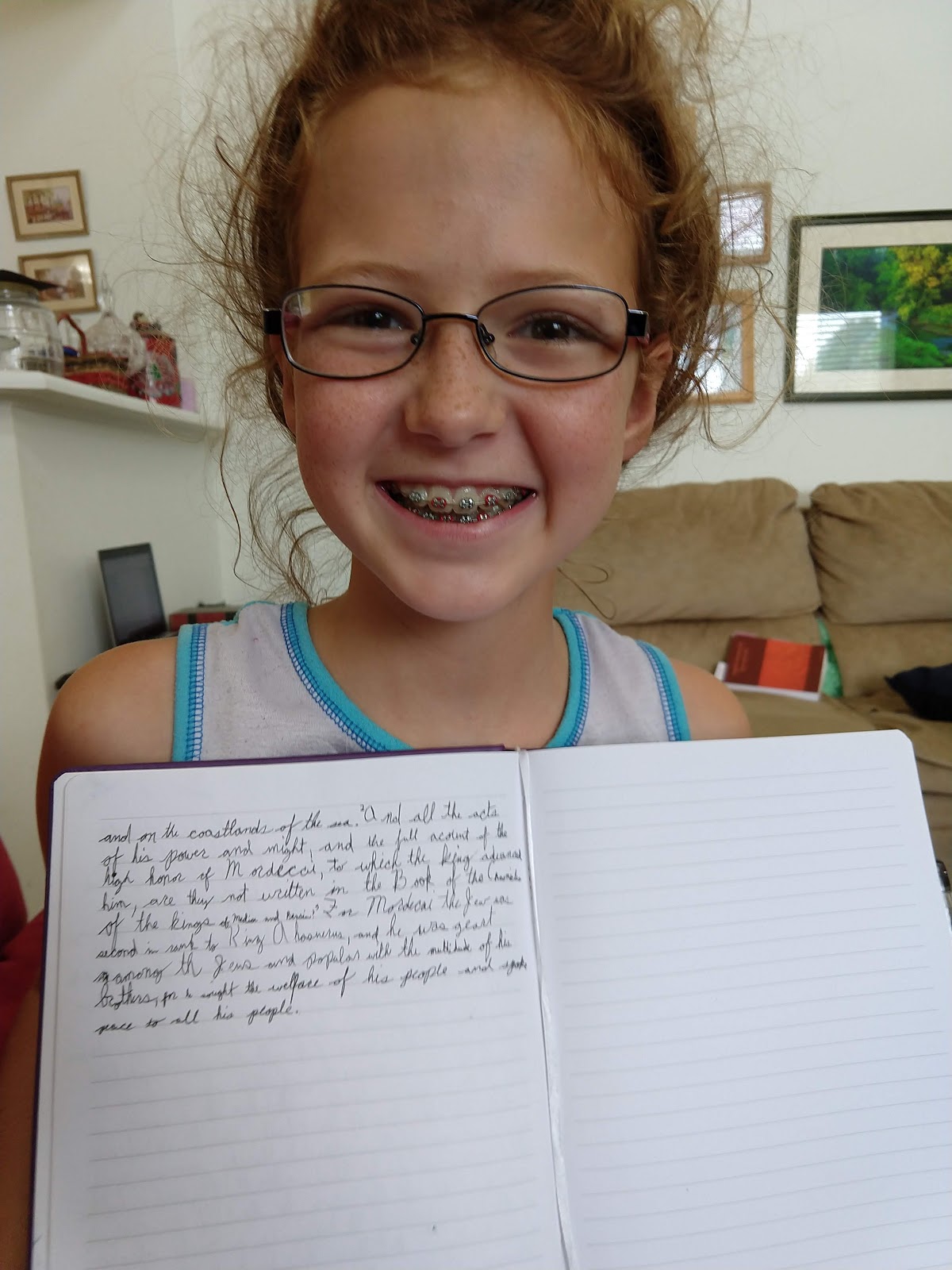 I see value in copying scripture. It is easy to assign and keep up with. And, as my friend said, what a great way to hide scripture in their hearts.