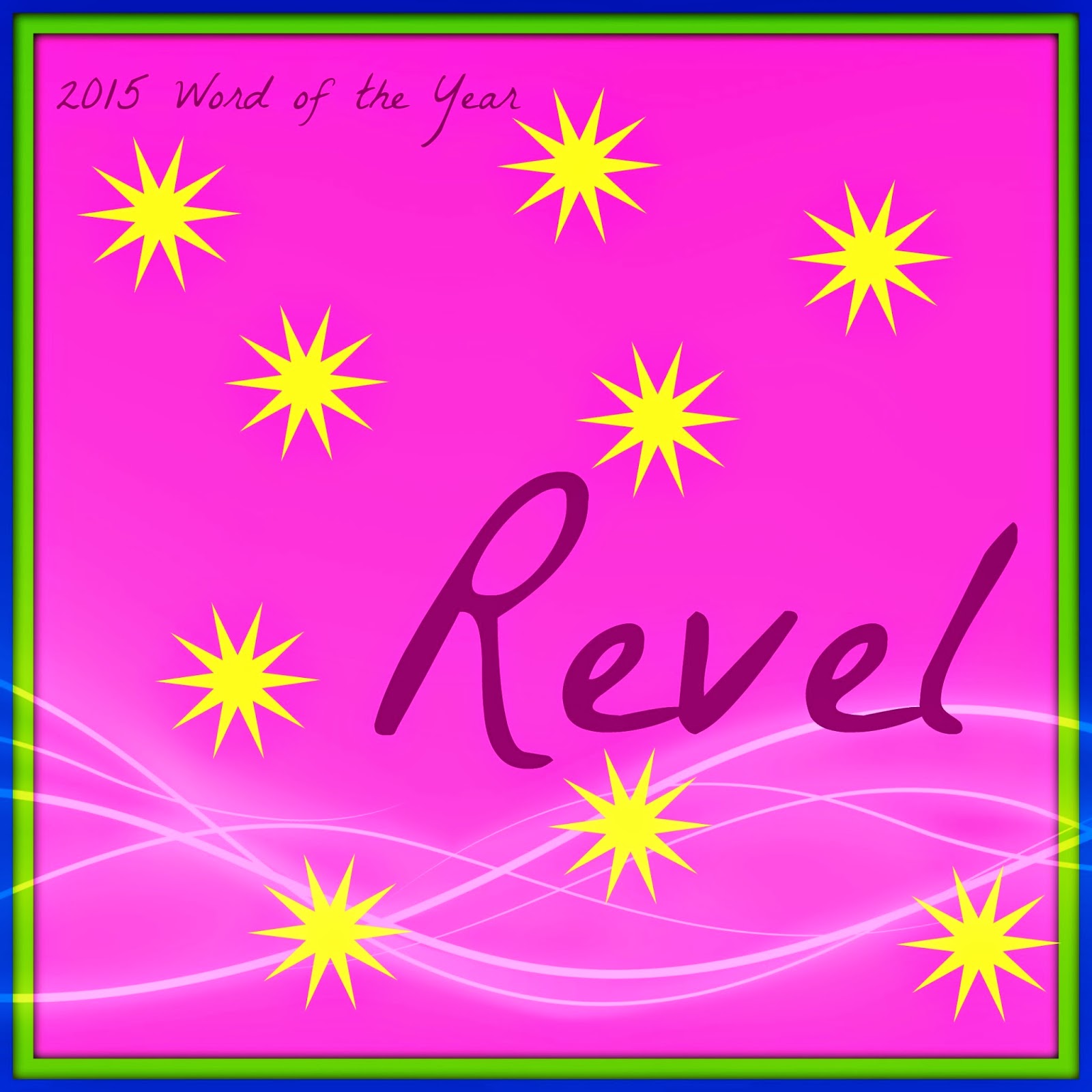 I have known Mystie for years and years online.  I first became aware of her old blog, A Healer’s Geste, through The CiRCE Institute’s Quiddity blog and Cindy’s when she was still at Dominion Family.  I started commenting regularly and thus began a friendship I truly treasure. Mystie’s wisdom and humor are fantastic.  We have similar taste in books which works great for me because, as I have often commented, I can love a book and after Mystie reads it, she tells me *why.*  Her systematic, clear thinking and joyful expression of the same make her one of my favorite bloggers and I do so hope we have the opportunity to meet someday.  Mystie blogs at Simply Convivial and Simplified Organization where her eCourse is a fantastic resource well worth the time of any homemaker.

A struggle I have, and many of us have, is the “repetition” of our lives at home.  We must vacuum and dust and cook and wipe counters (and noses) and laundry and …

Rather than thinking of dull monotony, Mystie encourages me in a fantastic way. I hope you enjoy her guest post as much as I did.  I pray her post opens all of our minds and wills to the truth of how to Revel in Repetition: 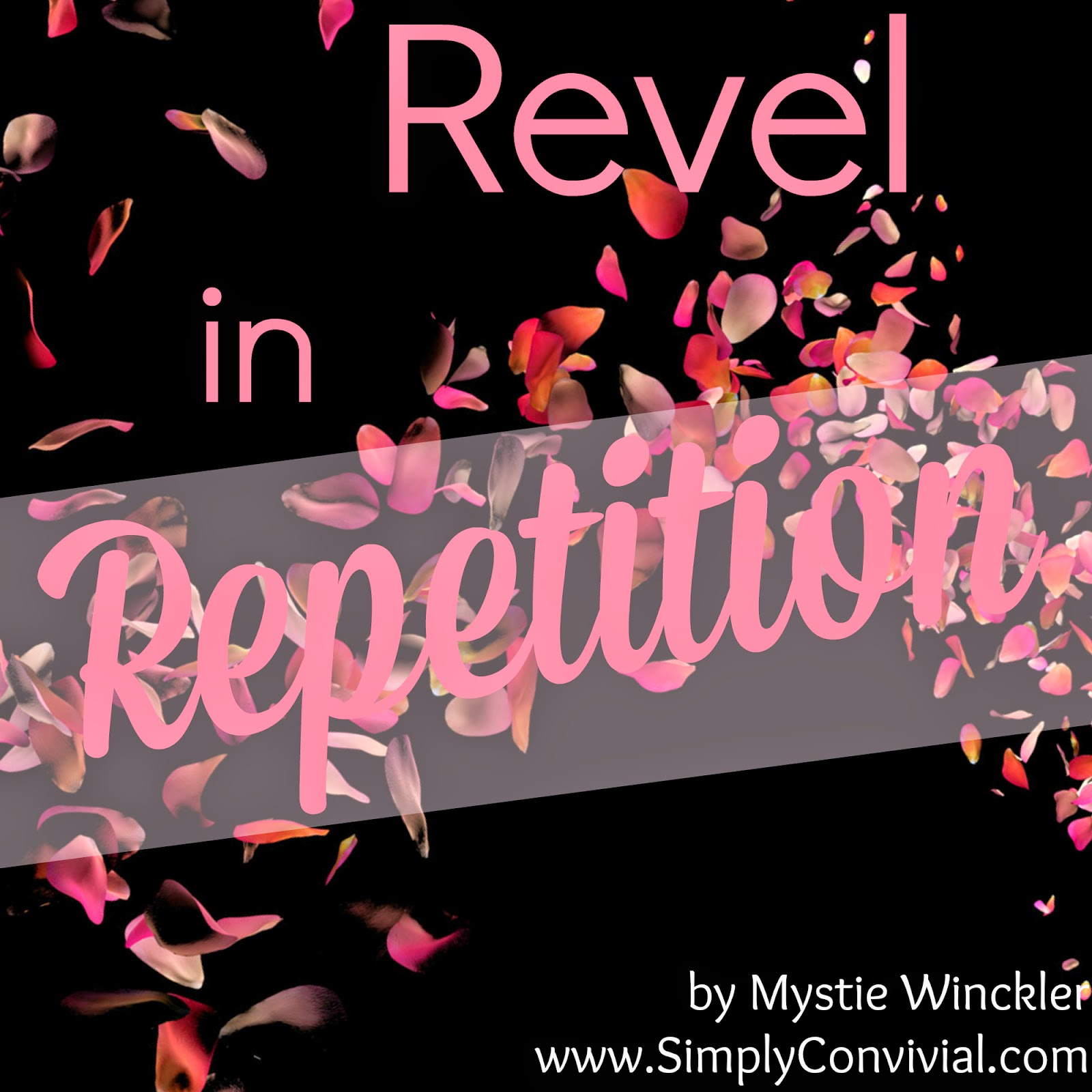 Doesn’t it just make you hang your head and sigh?

I spent years fighting against repetition as much as I could. Rather than learn to do a job well, I examined every task to see if it could be eliminated instead. If I was going to sweep the floor tomorrow anyway, why do it today at all? And that question is as valid the next day as it was the day before. Who says the floor has to be swept anyway? (fyi – this was when I had only a baby and a low-key toddler; my floor today looks in 24 hours like what my floor them looked like after 5 days or more.). How many of these boring tasks could I get myself out of, especially now that I was in charge with my own house?

Ah, how much time and energy I wasted. If instead I had worked to learn good habits, the road to keeping my head above water homeschooling five active kids and living a life on top of that might not have been so painful. Instead, it was painful.

And as I worked to learn to do those mundane, tedious tasks more efficiently rather than saying that not doing them at all is the most efficient, I also read and thought about it all – of course. These people who write books like Home Comforts and Hidden Art of Homemaking, surely they are just a different personality type – one that naturally likes dull repetition. It seemed exceedingly unnatural to me.

Eventually I was able to let go of my angst and my excuses. I admitted that the problem really was me and not the way the world works. It was that fundamental repentance and submission (which is the opposite of angst) that finally allowed real progress to begin.

One passage that was instrumental in bringing about this mindset shift was a paragraph by G.K. Chesterton:

Because children have abounding vitality, because they are in spirit fierce and free, therefore they want things repeated and unchanged. They always say, “Do it again”; and the grown-up person does it again until he is nearly dead. For grown-up people are not strong enough to exult in monotony. But perhaps God is strong enough to exult in monotony. It is possible that God says every morning, “Do it again” to the sun; and every evening, “Do it again” to the moon. It may not be automatic necessity that makes all daisies alike; it may be that God makes every daisy separately, but has never got tired of making them. It may be that He has the eternal appetite of infancy; for we have sinned and grown old, and our Father is younger than we.

Here I was, calling repetition all sorts of bad names – tedious, mundane, boring, dull, stupid. And Chesterton hits me square between the eyes with the fact that God never tires of repeating Himself. If repetition is something God does, how can I call it bad? I no longer can. The problem is now with me, not the nature of the world.


I end with a final Chesterton quote:

The repetition in Nature may not be a mere recurrence; it may be a theatrical ENCORE.

It is not repetition, it is encore.