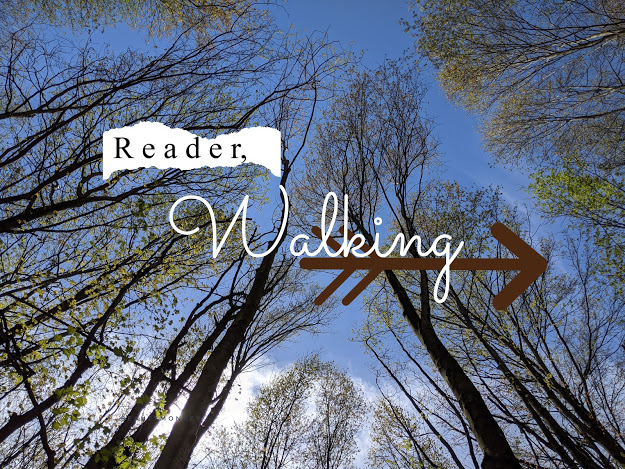 Now out of the ground the Lord God had formed every beast of the field and every bird of the heavens and brought them to the man to see what he would call them. And whatever the man called every living creature, that was its name. Genesis 2:19 (emphasis mine)

God set Adam into the garden and gave him the task of tending it, but the first thing he did was to name the animals in search of a helper.

Names matter. How many Biblical references do we have – you will name him Isaac, or Maher-Shalal-Hash-baz, or John. Or “you shall call his name Jesus because he will save his people from their sins.”

Somehow, in the woods, naming something helps you see it.

Names reflect the character of the thing named. God brought the animals before Adam and he named them from that audience.

The harbinger of spring heralds spring’s imminent arrival. It is small and short lived.

Trout lily leaves are spotted or mottled like the fish and are visible long before their delicate flowers.

Not everything is as obviously named … I’m currently struggling with birdsfoot trefoil (that low yellow flower that mixes in with the chicory and Queen Anne’s lace along the road and in the medians). Cutleaf Toothwort was another that I struggled with. There are some unusual names.

Sometimes the sheer number of things to name is overwhelming. That’s OK. Get one or two. Make sure you point them out whenever you see them and name them.

We can have a relationship with things we name. No one wants to be “that guy over there.” The first thing we do when we meet someone is share our name. And try to hold onto theirs. There’s an anecdotal story about former Ohio State football coach Jim Tressel who greeted by name a man with whom he’d had a passing introduction several years before. When asked how he possibly remembered that man’s name,

…the moment you start putting other people’s importance before yours, you’ll remember their name, too.

Names matter and being able to name is a large part of knowing, of building a relationship. If education is the science of relations, as I believe, then names are an integral part of learning; of relating; of caring.

Perhaps, not surprisingly, naming is integral to seeing, also. I think it goes to that idea that you have a relationship with that kind of thing. When you have a name to give something, you are more likely to see it.

We saw our first trout lily kind of early and it was special and beautiful. Then we started to see more of them peppered in different places and were excited each time. One hike, at their height, we saw so many that we stopped naming each individual but could glory in the sheer embarrassment of riches. We knew them and loved seeing the forest floor littered with the yellow and white flowers. 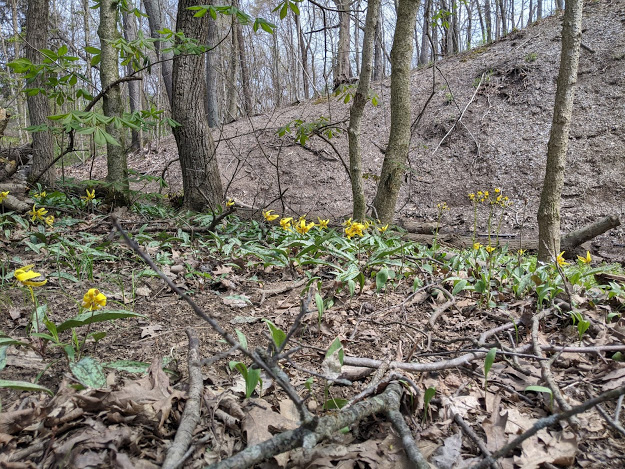 When you have a name for something, you can share it with a companion (or four). You can talk about it together as you walk along the way.  You can contemplate its beauty, its goodness, its truth. You can receive it as a gift and share it with others. It is the first step to communication and communion and understanding. Names are necessary for community.

The man gave names to all livestock and to the birds of the heavens and to every beast of the field. But for Adam there was not found a helper fit for him. So the Lord God caused a deep sleep to fall upon the man, and while he slept took one of his ribs and closed up its place with flesh. And the rib that the Lord God had taken from the man he made into a woman and brought her to the man. Then the man said,

“This at last is bone of my bones
and flesh of my flesh;
she shall be called Woman,
because she was taken out of Man.” (Genesis 2:20-23)