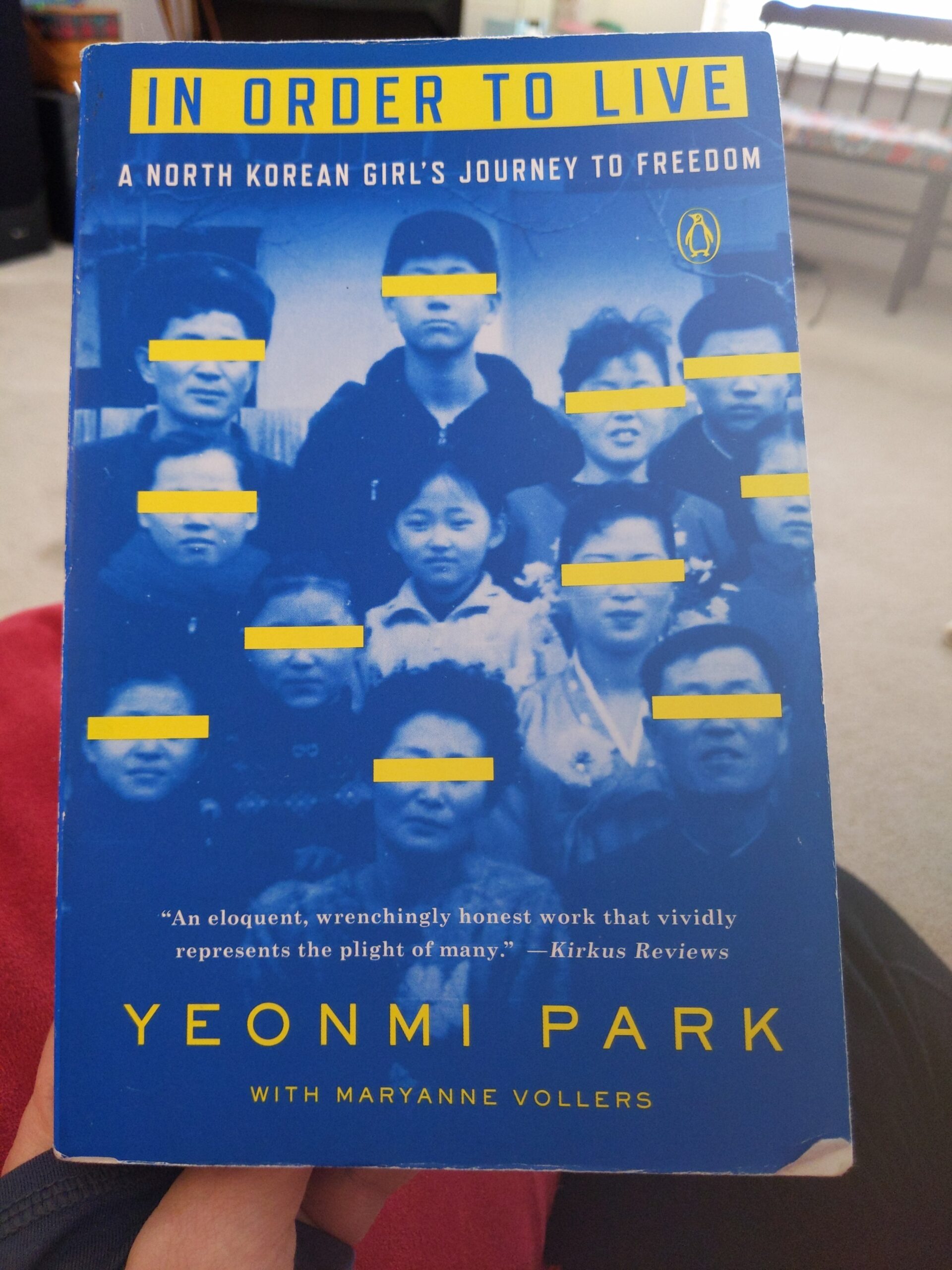 In Order to Live: A North Korean Girl’s Journey to Freedom by Yeonmi Park


This is a powerful book. It’s important, too.

Yeonmi Park tells her story from childhood through her early 20s, and much happens to her in that time. Her young childhood is fraught with deprivations and challenges that most of us would shudder at, but for much of her story was the best part of her life. Even when her parents were doing well with their Black Marketing, it sounded challenging at best.

But things got drastically worse over time until fleeing North Korea into the hands of waiting s*x traffickers (unknown) became a better option – in order to just eat. Her time in China is horrific. I had to set the book aside for a time. This is not a book for children – rapes, trafficking, taking herbs to induce miscarriage, lying, stealing, drugs, gambling, mobs … it’s all there.

The escape to Mongolia so she and her mother could get to South Korea was fraught with danger. The early parts in South Korea were tense, even, as going from similar to early 20th Century technology to 21st Century technology and society was confusing and difficult. Her education was not up to par, and people didn’t think she’d be able to catch up.

She does so, gets her high school degree, begins college, and becomes an international spokesperson. Her record of self-education was beautiful and insatiable.

There were places where I thought that her N Korean education had so thoroughly inculcated propagandizement into her that she couldn’t help but write in a style of propaganda.

Even so, this is an important read; I commend it to you.

View all my reviews

Below is a section on education and reading that I found particularly important and moving.