So today, I debate.

Is this Weekly Amble a review of this week?

Is this Weekly Amble a review of this term?

Is this Weekly Amble a celebration of our first year with AmblesideOnline?

Because we did it! We finished Year 4. How thankful I am for all we were able to accomplish this year.

A year ago, I was Contemplating our First Six Weeks with the new changes we’d instituted. I was pleased with the changes.

I remain pleased with them.

I was so tired. So burnt out. So uninterested. We had tried to do too much and I had tried to plan too much.  AmblesideOnline is big, don’t get me wrong, but the manner in which it is organized gives a schedule with flexibility. Perfect for my INFJ self.

We had bouts of illness in the last year that put us about 8 weeks behind. I wanted to finish Y4 in the first term of our 2016 Academic Year. We stretched it to 7 weeks; that is really one week too many. I felt it this last week. My school interest level was waning, my sit on the couch and read a book was waxing. My brain and body knew that this last week was the one where we should be doing other things.  It didn’t help that I was sick on Monday and have had this awful cough ever since or that the older dog was going out multiple times a night with GI distress. But, we persevered through the readings and finished them. 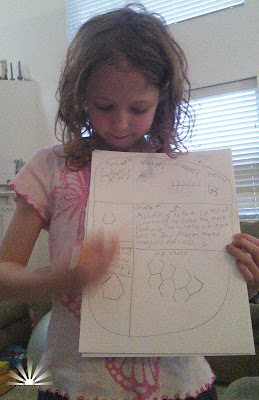 We did readings. We did all oral narrations. Well, except R-girl who wrote out some diagrams on the readings in Storybook of Science about bees and their hives.

We watched a documentary about the Rosetta Stone after it came up in our reading about Napoleon in George Washington’s World.

We watched a documentary about bears because the girls have been interested in bears recently.

The children used Headventureland a little – but only the Octavian game.

They played on Khan Academy for programming and music theory.

The win was fighting through Mommy’s feeling bad and accomplishing our goal. 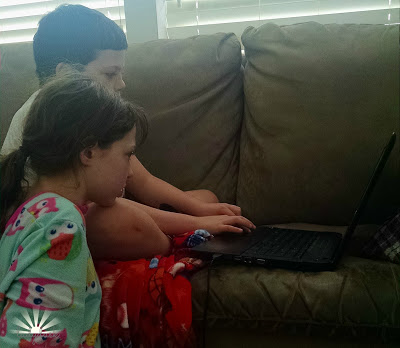 We gave up on reading Emma as a family. Only M-girl and I were enjoying it, everyone else was struggling with characters and the language and the slowness of the book to advance the plot. M-girl and I are going to continue reading it together. 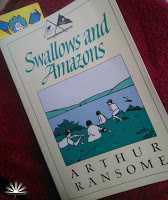 We added Swallows and Amazons, instead. Everyone else is enjoying it a lot. I think it’s fine.

I love the intellectual growth I saw in my children’s abilities over the last year. Books that started off too hard at the beginning of Year 4, became easier. Books they didn’t enjoy were persevered through. Ideas were explored. Connections are constantly being made … sometimes so fast and furious that I can’t keep track of them.

N-boy loved Incredible Journey. Last night he told me that he liked George Washington’s World and was excited about Abraham Lincoln’s World. He even liked Abigail Adams. R-girl tells me she loved Storybook of Science. She says that Abigail Adams changed her life and that she thinks about the world differently now. Whoever she marries, she needs someone like John – he supports, loves, and is kind to Abigail and she needs someone who can do that for her. Fascinating.

M-girl says she learned the most from George Washington’s World. She claims to have not “liked” the books except Poor Richard, but I know she is engaged and learning. To some extent, she was the most successful with the old style of learning; she misses diagramming sentences and the curriculum for every subject the most. We’ll continue on.

We struggled most with Age of Fable, particularly the introduction. The children don’t like that the characters die or come to a bad end.  The other huge struggle book was Madam How and Lady Why. They struggled with the descriptions of places we haven’t been and phenomena they haven’t observed. They struggled with the ideas and the language of it. By the end of the year, I think it is better than it was at the beginning. I need to do a better job of pre-reading and planning using the Study Guide. We could be getting much more out of this book than we have.

I have most of the books for Year 5 and feel like we generally have a good rhythm in place. And, can I say?, the books for Year 5 look even better than the Year 4 books looked. I’m glad to have this coming week off (except organ and piano) to clean, plan, reset, and maybe hit the zoo.

I’m so thankful for AmblesideOnline and the amazing women who have built and carried it on. Such a labor of love to the homeschooling community.