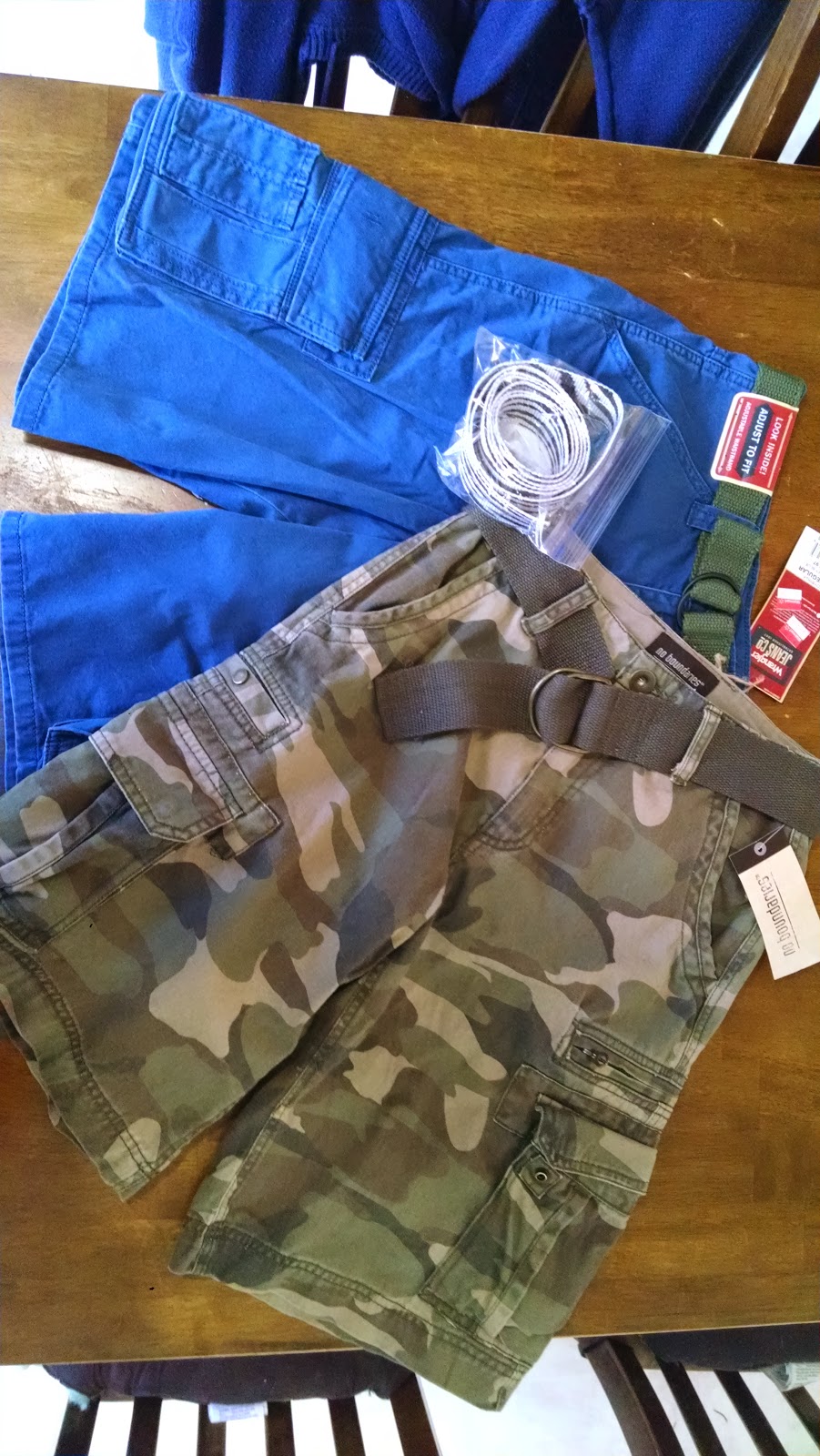 Amy at Crossing the Brandywine is hosting a new linkup for Handrcrafts in the Charlotte Mason tradition.  This is one of the new parts added to our homeschool by going to AmblesideOnline.  My mom was a good seamstress and enjoyed other needlework. My step mom is very creative and crafty. I would like the kids to be more capable in this area.

I decided our first project was to make Nature Study bags for ourselves.  We’ve used different bags over the years, but I wanted something a little more consistent and obviously for Nature Study.

I had seen, and pinned on Pinterest, the idea of using men’s pants or shorts with the extra pockets in the legs to make bags and thought we’d try that.

Off to the clearance rack at Walmart.  There, we found a pair of camo shorts for $9 and plain blue (the girls didn’t want camo) for $5.  N-boy and I decided we could use the belts for straps.  We found some zebra print strap for less than $2 for the girls to make straps for their bags.  I had thread and notions at home for the rest, so that was all of the expense. You could probably do it cheaper if you went to a thrift store, but $16 for four nature study bags seemed a pretty good way to go.

We cut the legs apart on the camo shorts.  I folded them so the whole pocket of the leg was on what would be the front of the bag, then cut the leg off as close to the bottom of the main pockets that I could.  This picture to the right shows what it looked like.  I think you can see the rounded out part from the crotch of the shorts.

Then, I cut from the bottom of that rounded part to the edge and squared off the fabric to make a flap that will fold over, eventually, we’ll add buttons to close it.

For my bag, I cut one of the back pockets off and pinned it to the other side of the bag, leaving the top open for yet another two pockets.  I decided this was too much for the children’s bags, but that’s the one I have pictures of.  I also pinned down around the top to zigzag and finish the edges.  It could be done more neatly, but probably not by me 😉

With the bag right side out, I sewed on the outside pocket, then around the flap and opening to the bag.  I turned the bag wrong side out, pinned the bottom of the shorts together, and zigzagged it closed … a couple of times, I don’t want it to fall apart on a Nature Walk.  This last hem was what I had N-boy do.  They’ve never really used a sewing machine before, so a straight line, follow the edge of the foot hem was a great introduction for him! 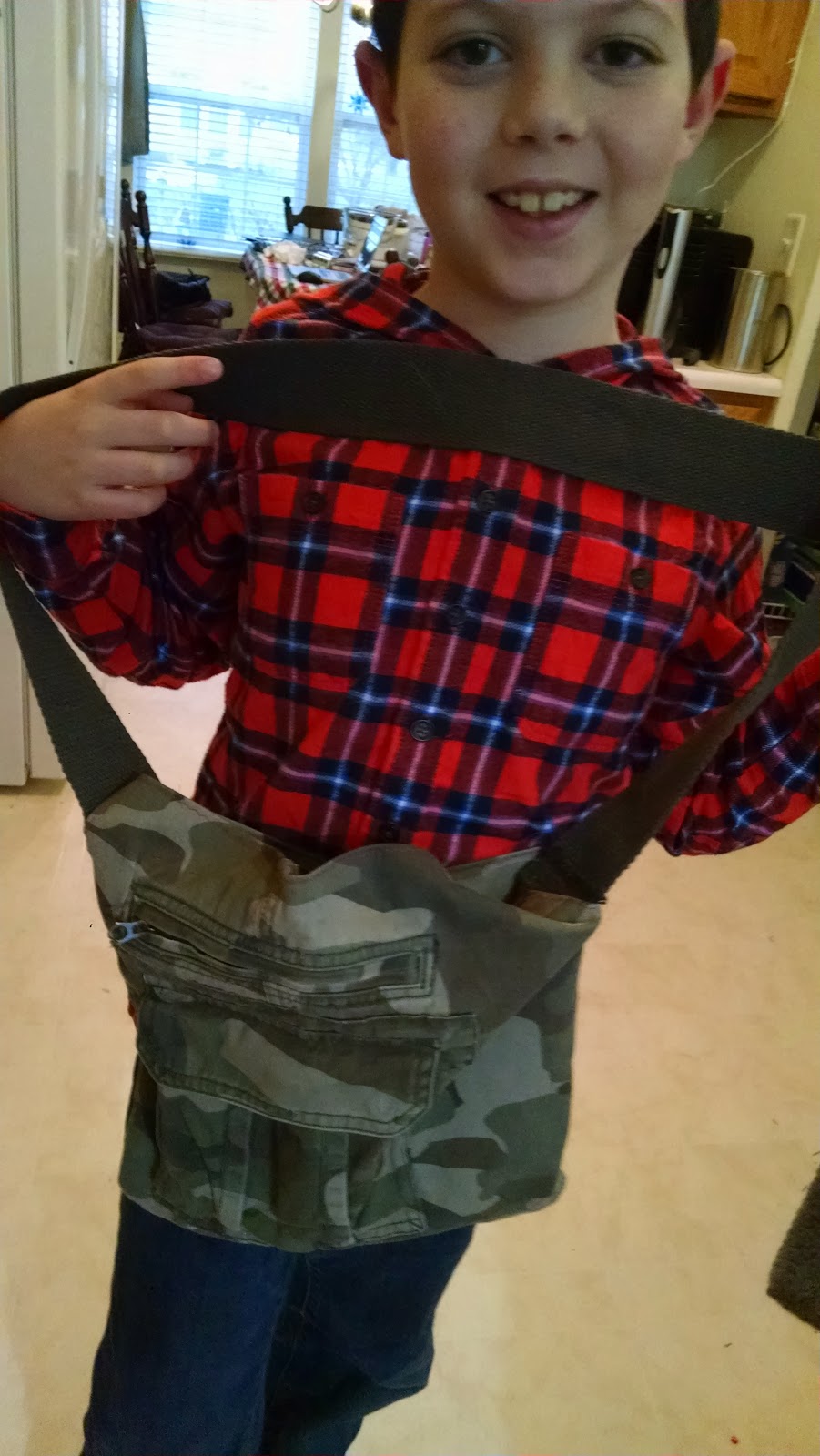 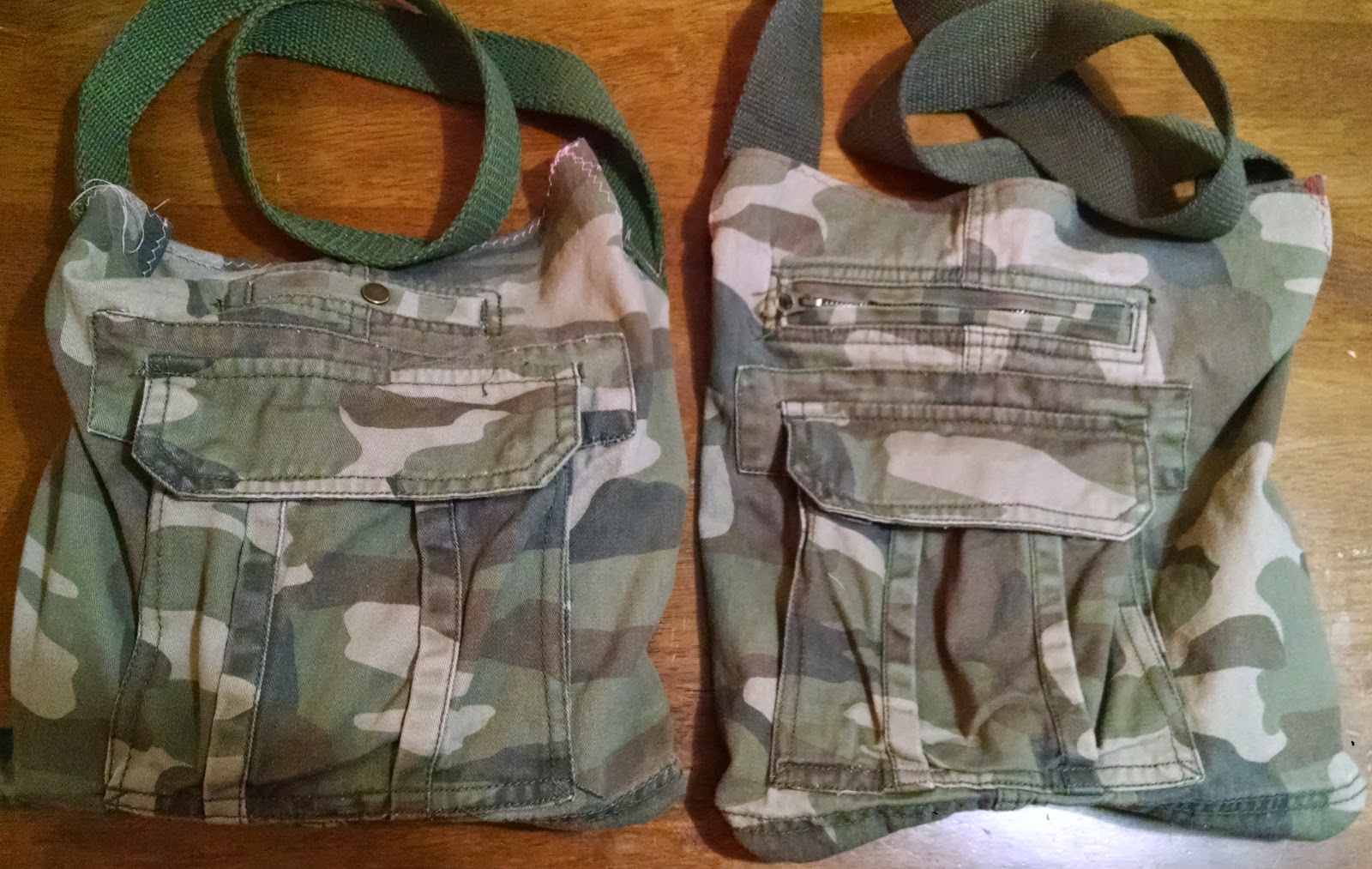 I took the rings off the belts from the two pair of shorts, hemmed them down to finish the edges, then sewed them onto the bags.  And, Ta-Da! Nature Journal Bags.

We got sick the next day, so the girls still need to make their bags, but N-boy and I used our new bags on our hike yesterday! Yay!  We need to add buttons and closures, but I think these are going to work! 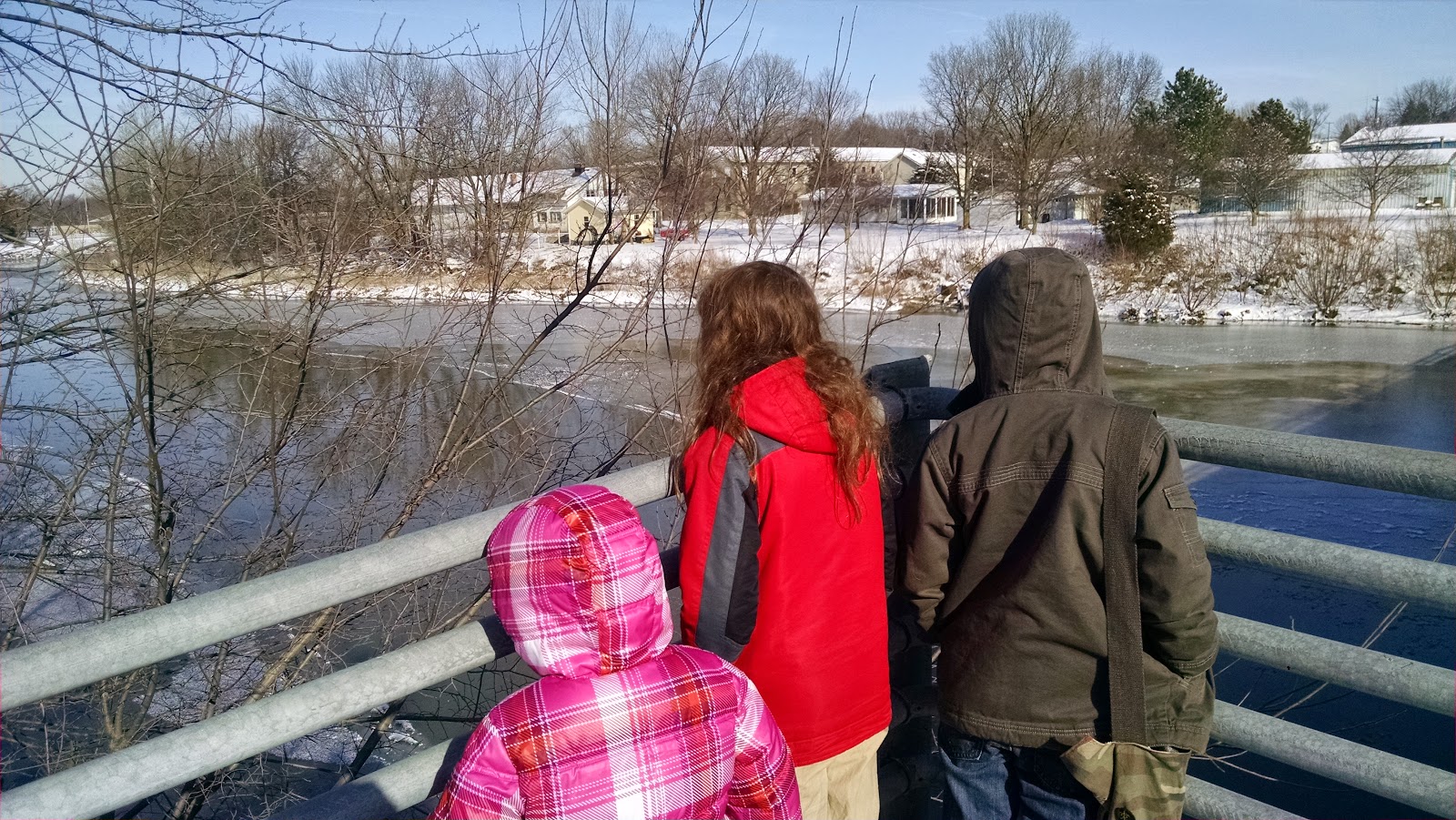